Saturday was our last day of the winter session, so I drew along with everyone. Here is my effort, about 4.5 hours. It came out okay, but I am definitely rusty on longer drawings. 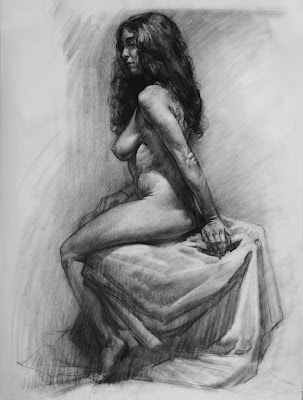 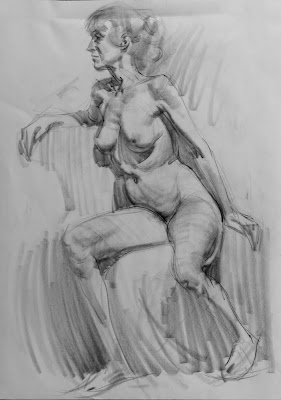 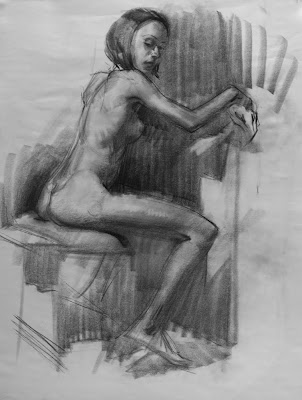 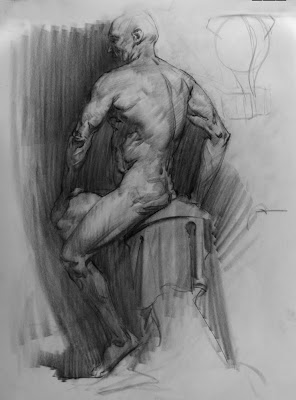 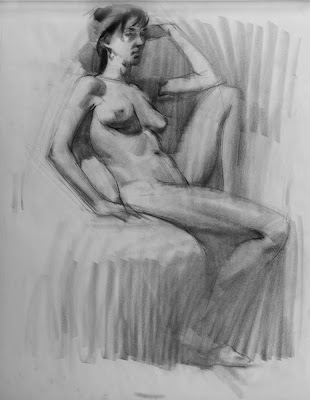 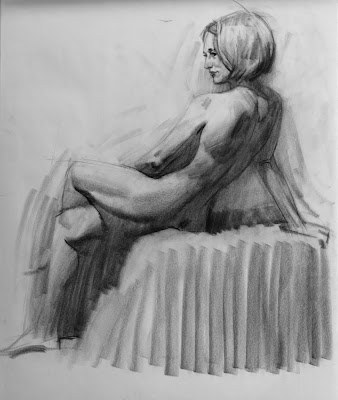 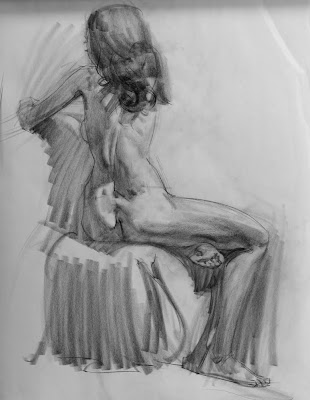 25 min head drawing demos from life (yes even the Abe) 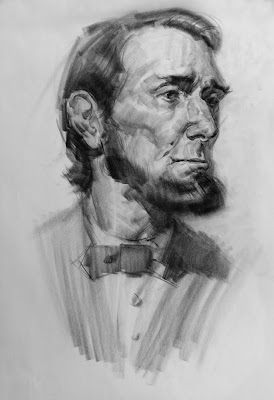 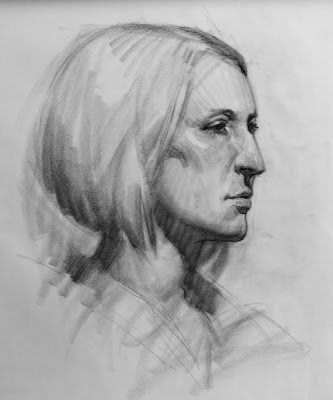 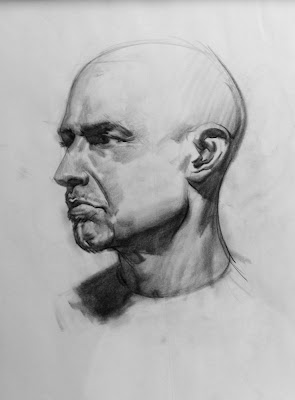 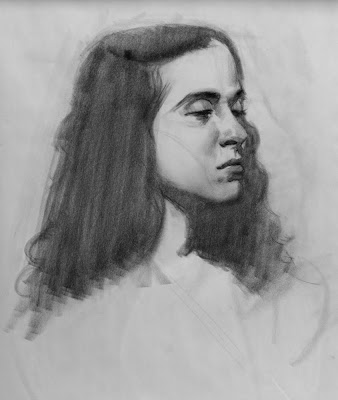 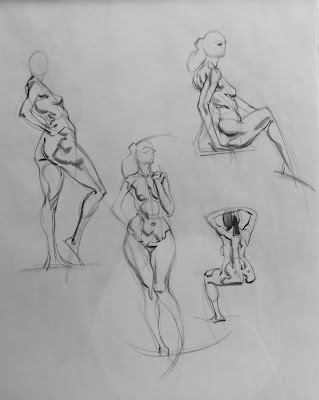 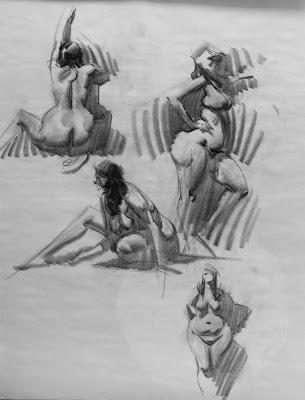 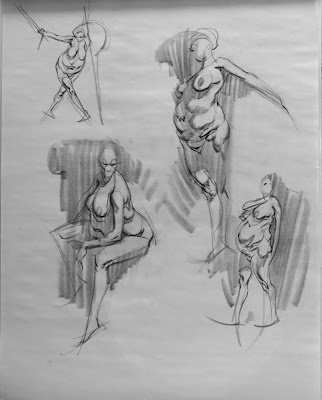 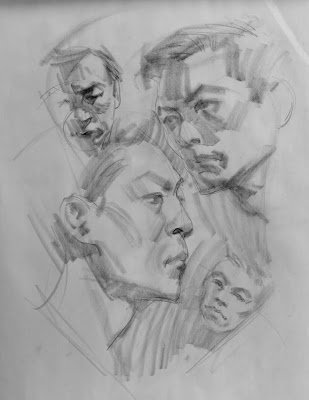 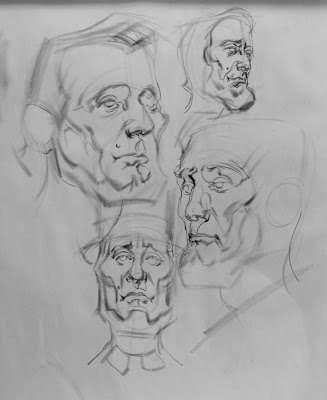 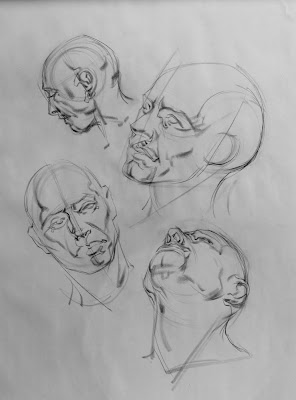 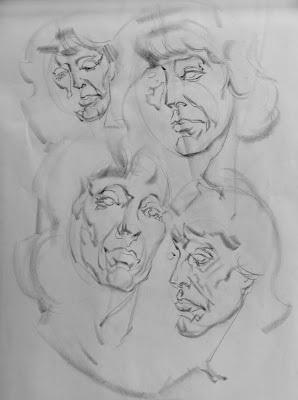 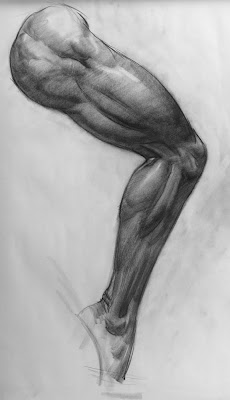 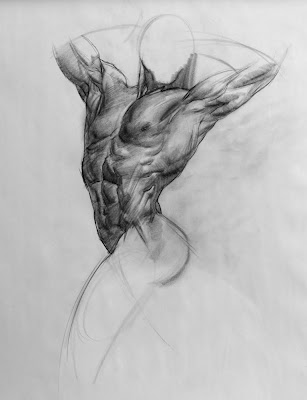 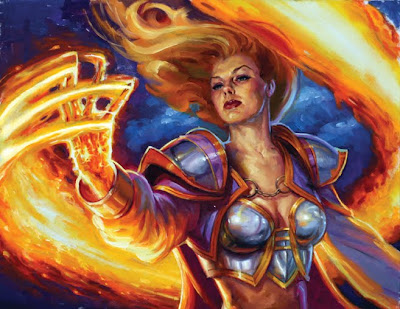 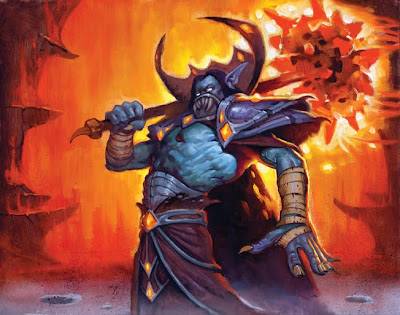 British suburban street. Oxford. Shops, apartments. A few cars. A "WWKRD?" (What would Kurt Russell Do?) bumpersticker on the closest of them (undercover Ford Escort). Something exploding (double decker bus?). Tentacles (maggoty, pale) creep in from the distance, wrapped around buildings/cars.
first pass at thumbnails 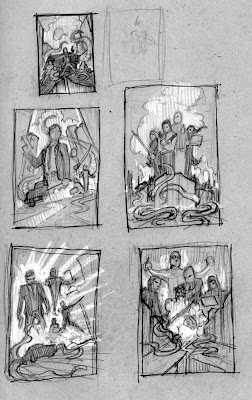 The A.D. had this to say
Hey Erik, LOVE the action movie feel on these, I can totally picture Jack Burton in there :)
I'd go with the middle comp on the left side, but if we could add in the exploding of the bottom left corner? Tie that level of drama and action into the middle left composition. Let me know, thanks!
thumbnail revision 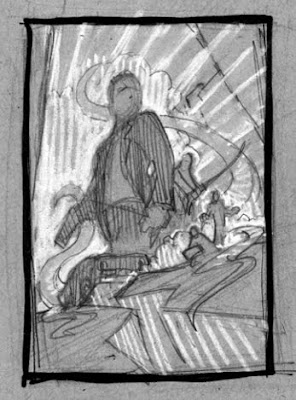 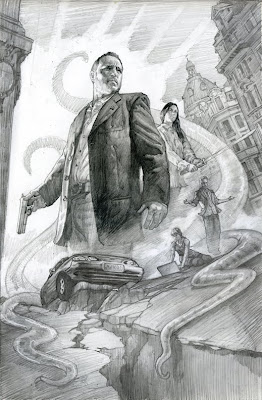 yeah, just had to get notes from the editor. Sketch looks awesome! I have
a few notes to keep in mind for the final:

Tabatha (with laptop) is Pakistani, dark-complected with white ink
tattoos: angels, devils, & heavy metal icons, and Kayla (the
swordswoman) wears her bangs so they cover her eyes

Also, There's concern over the car looking "British" enough. NBD on this
one, but maybe just to keep in mind.

But yeah man, looking fantastic! Thanks! 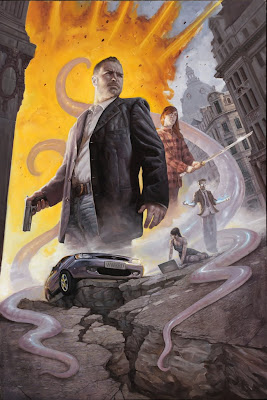 So I do have one note on the piece from (the editor in chief).
Basically he just wants to see some details fleshed out a little further. I
know we were pushing you on this one with a short deadline and I think the
piece looks fantastic overall, but his concern is the tentacles. Basically
just love em up a bit more, particularly those in front of the explosion. I
love the finish on the main figure and the buildings, and his concerns are
mainly just the disparity from those areas to the tentacles (what with them
being a compositional tool and story delivering focal area). Thanks Erik!

This was actually music to my ears, because I wanted to give the whole thing one more pass. Especially the things mentioned and the explosion.
Final Illustration Revision 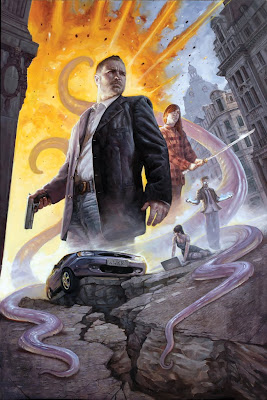 Hey all,
The new Watts schedule is out. Some points of interest for me are the Advanced Figure Drawing, and Long Figure Drawing on Monday as well as the Reilly Painting on Wednesday. Also there is still room in the Boot Camp running this Fall. I hope to see some of you in class soon. 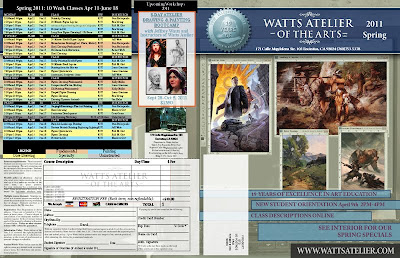