I have done some sculpture, but I am not a sculptor. I love the work of many of my contemporaries, but I am more often inspired by those who have come before. So this months inspiration will probably seem out of place, but what is more inspiring than something that gives you a greater appreciation for something outside of your comfort zone? All that being said, Mike Hill's monsters do kick unholy ass.
Keep in mind, these are all sculptures, with the exception of the fellow standing in between Lon Chaney Jr. and his alter ego below. That is Mr. Hill himself. You can see more of his work on his outdated webpage Mike Hill Artworks 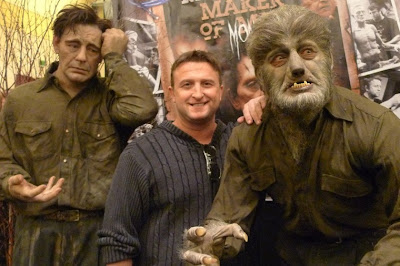 Biography
Michael E. Hill was born in Cheshire, England. From an early age he developed a passion for the fantastic whether it be comic books, television or movies. Escapism wasn't a word he knew then, but he dreamed of a fantastic world filled with masked vigilantes, men who transformed into wolves and Islands ruled by giant apes. From the age of four Mikes artistic ability started to shine and he began to draw the fantastic images he adored. 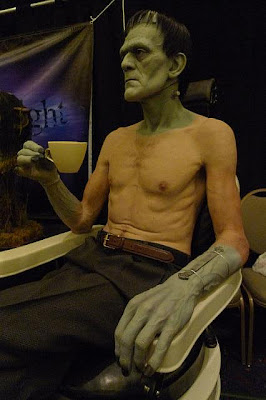 Mike's one unique trait was to question how and why these characters looked and behaved the way they do, always over thinking!
"I would ask myself and others crazy questions. What did King Kong do all day, when he’s not fighting dinosaurs and wouldn't he be scarred from head to toe, with all those prehistoric creatures he had to battle? And really puzzling details like, how come we can’t see Spiderman’s web shooters beneath his costume, or his ears…or his underwear? Or stuff that still bugs me to this day, when a werewolf turns back to a man where does all the fur go? Does he lose his teeth fillings? People looked at me as if to say, "Son, you've really got problems" 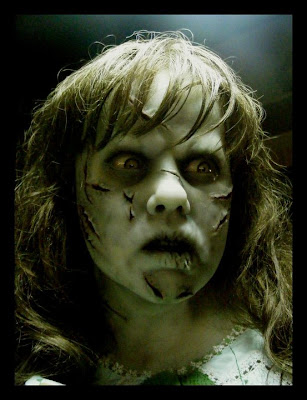