19th century Paris was a mecca of sorts for the arts. The flagship of the educational system was École des Beaux-Arts; however it was only open to male students of French citizenry, so several smaller academies were born. Many of these academies were open to all who could afford the tuition, regardless of gender or nationality. One such academy was Académie Julian. In the late 1800's many of the American's that went to study in Paris were attracted to Julian and the dual teachings of Gustave Boulanger and Jules-Joseph Lefebvre. Of these American's, several would eventually return to their native shore and bring schools like the Art Students league in New York to the forefront of traditional art training.

Teaching at Académie Julian was nearly always done by pairs of teachers, alternating months of critique, these pairings were not always harmonious. This was not the case with Boulanger and Lefebvere however. One American student noted "The training they enforce is liberal; their methods and their manner are never insisted on.... The one insists on finesse of line and of articulation; the other on the energy of expression and individuality of the model; so these two men supplemented each other."

For more information check out "The Lure of Paris" by H. Barbara Weinberg 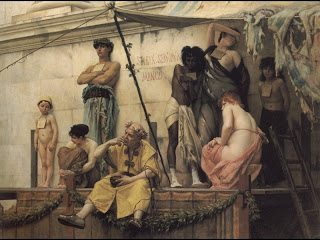 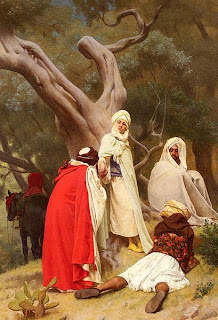 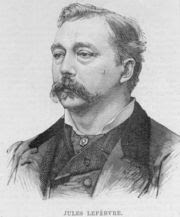 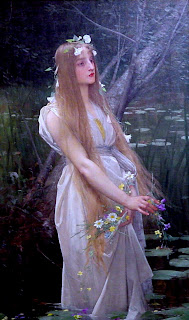 i'm sorry i didn't go to college and take art studies. should've listened to my mom...

that's was insiteful. do you ever incorporate this knowledge, as an instructor at watts? because just reading that, gives me a greater appreciation of what i do. or trying to do..

I have read much about Gerome's Roman Slave Market. His popularity and influence seemed omnipresent. Boulanger's Slave Market is much more interesting and just as provocative.