For this illustration there wasn't a specific actor, 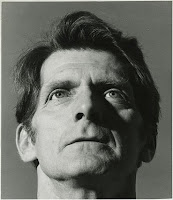 but there was an established look for the character. That look was Peter Caras' and later George Gross' interpretation of Steve Holland, the ubiquitous "action man" template/model for many of the 1960's and 70's pulp cover illustrators. So of course I went to my go to "action hero" and fellow Watts Atelier instructor Jim Hahn. Jim has the square jaw and steely gaze that is requisite for a pulp hero. So I dressed Jim up in a ridiculous costume and had him pose in a variety of heroic poses that fit the 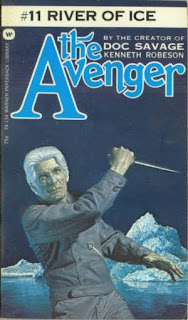 rough thumbnail I had decided on.
Once I had the reference I liked, I then proceeded to the sketch phase where I turned Jim into Richard "The Avenger" Benson. This actually wasn't that hard because he already bears a passing resemblance to Steve Holland. 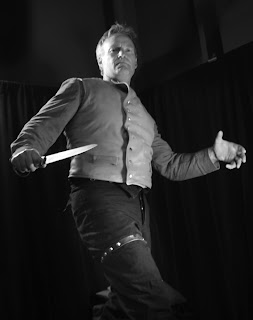 First I wanted to give him more heroic proportions so I broadened and rotated the shoulders more towards the camera, I shrunk the head, narrowed the waist, and enlarged the hands. Next I went to work on the head, here I squared off his jaw a little more, added the chin dimple, and gave the eye a bit more of a blank stare (as befits the character), I also thinned his lips some and sharpened his cheek bones.
One last think I modified was the left hand. I rotated it some and spread the fingers to get a stronger silhouette. 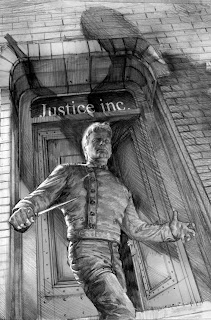 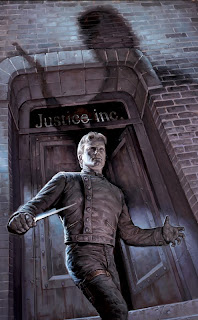 E-
Love these explanations of the process. Keep them coming, especially if they mention Holland, Caras or Gross :).

Super insightful stuff. Thanks for posting it!

By the way, have you spoke ever to Doug Higgins about Frank Reily? He is an excellent landscape artist who studied under Reily. I have his email if you have Reily questions for him.

Thanks for posting this kind the stuff, showing your process. It´s nice to see how you do some changes on the ref to get a more interesting look on the final drawing.